One+ launched its latest Oneplus 5 flagship phone on 20th June globally and the wait for fans is now officially over. The haze of rumors has been cleared by the company as official specifications have been revealed. Although some rumors turned out to be true, it’s really hard to keep secrets these days.

We attended the launch which was streamed live on YouTube and believe me this is one of the most advanced phones till now. Now without wasting time let’s move on to the specifications and features of this new flagship from Oneplus.

We first notice the appearance of the product and this is just beautiful and sleek with just 7.25mm of thickness. It weighs only 153 grams which is light in weight as compared to other flagship phones. Oneplus has used Anodized Aluminum to build its body.

Oneplus 5 runs OxygenOS operating system which is based on Android Nougat.

The phone is equipped with Qualcomm snapdragon 835 (octa-core, 10nm, 2.45Gh) and GPU Adreno 540 which generally most of the recent flagship phones offer.

Now the camera part, your friend got a new phone and you ask his phone and firstly check the camera (most of us do this). Oneplus has really worked for providing you DSLR level camera quality by providing dual rear camera of 16/20 MP to capture crystal clear photos.

If you love watching videos in high quality, no problem it has FHD display with 401 ppi pixel density which is covered with gorilla glass 5. Though we feel it should have QHD display as most flagship phones offer 2k display.

Now we move to the battery, smartphones have struggled to keep themselves alive throughout the day and this has become universal problem. Oneplus has used hardware based on latest technology which consumes around 20% less power.

The new Oneplus 5 comes with 3300Mah non removable battery. What is more notable it uses Dash Charge (5V 4A) and charges your phone at lightning speed. As claimed by the manufacturers just with half an hour of charge it will survive through the day.

It was believed that Oneplus could ditch the 3.5mm audio jack but it has retained it. You can play through either the audio jack or charging jack (C type).

Now what connectivity does Oneplus has to offer:

Overall the phone features high end specifications and is power packed and like most  Chinese phones it offers best hardware with a FHD display. 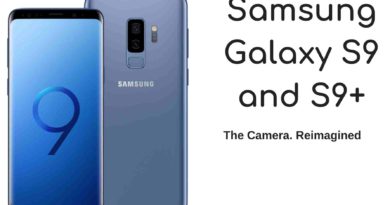