PUBG Banned! Here are the Top 7 Alternative Games like PUBG Since the government of India banned PUBG Mobile, people are looking for the best alternative games like PUBG mobile. The die-hard fans of PUBG Mobile are very frustrated and broken at the moment. PUBG was the most widely played game and also it was the best one in its genre.

Though I agree with the fact that no other game can match the high definition graphics, battle setup and thrill like PUBG did but still there are games that are equally entertaining. You don’t need to spend hours now searching for PUBG like games.

We have presented the list of best available alternative games just like PUBG mobile. Go through the entire list and choose any one of the games to play with the same zeal as you played PUBG.

This is an old and popular game mostly for the 90s kid. Call of Duty is similar to PUBG Mobile. In this game, 100 players can get into a battlefield with their different guns and characters. This game provides a very strong and attractive graphic that lures the players. It takes about 1.5GB of space on Android smartphones. This is probably the best alternative to PUBG Mobile.

Fortnite is just like PUBG mobile but the requirements to run this on the phone are a bit high. It takes almost 8GB of storage and good processors to run this game, you need at least 7 series processor to run this game. Talking about the gameplay you get four modes out of which party royal is just like PUBG. Not to forget that this game has been removed from both the App Store and Play store. though you can sideload this game from the official website without any problem.

When it comes to similarity then Call of Duty and Fortnite games are just like PUBG mobile. This is the reason why I have kept these two games in the first two positions.

This game was launched in 2017 and since then it has made players crazy about it. The player is put on an isolated island along with 49 other players in this game. Just like PUBG, you can land anywhere and either play solo or form squads of up to four players. The game comes with regular updates that are more efficient and advanced. It takes only 580 MB space on your phone.

Rules of Survival is a free play battle royal game and is very close to PUBG Mobile. In the latest version of this game, a maximum of 300 players are allowed to compete at once. The game comes with regular updates ensuring amazing new features each time. Earlier this game had a legal spat with PUBG Mobile over copyright issues but now everything is sorted and resolved.

This game is available on Google Play Store as well as Apple Store and is also compatible with iOS. Battle Prime Online features high definition graphics, background audio, and the game setup. It works almost exactly like Call of Duty and PUBG Mobile. Though the levels in this game are rather small and are set in urban environments. The team houses six players and more, when the team reaches 100 points it wins the game.

Shadowgun Legend is an amazingly balanced game that significantly focuses on entertainment. It can even turn furious when needs to be. The game is equally thrilling like PUBG Mobile. This game features very strong graphics. The lack of combat mechanics is complimented by the length of missions in the game.

Knives out certainly one of the best alternatives to PUBG. Even the control buttons of the game are just like the PUBG mobile. The game has over 10 million downloads and is quite popular among gamers. The closing area or you can say the way area shrinks is similar to PUBG. You should definitely give this game a try.

These were the best 7 games that are just like PUBG Mobile. I can assure you that once you start playing any of these games you’ll forget about PUBG soon. Also, once the user base increases of these games the companies invest more, and better the game becomes. 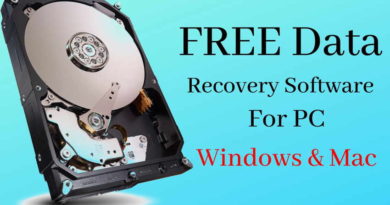